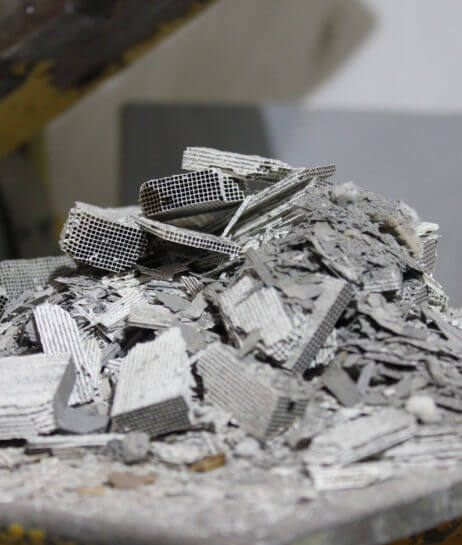 Again, we invite you to analyze the prices of precious metals used in the production of car catalysts. We will analyze the prices of platinum, palladium and rhodium from July 5-12, 2019. The weekly platinum chart is uncommon. It was full of fluctuations, which could be schematically described as growth – decrease – increase – decrease – increase. The exchange rate increases this week, however, definitely outweighed and finally, the final price – 834 USD / oz is 21 USD higher than the initial price. Despite the fluctuations, it would be hard to say that the week was unfavorable if it was not taken into account the average of the week. This was 823 USD / ounce, and therefore about 16 USD less than in the penultimate week. 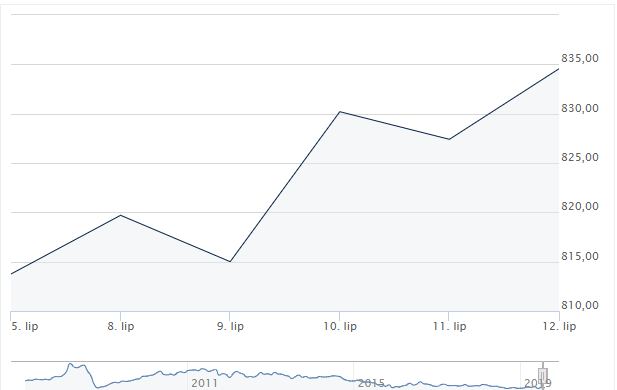 Platinum listing chart, source: bankier.pl In the case of palladium, on the occasion of the last analysis, we wrote that the metal is growing in strength and makes up for the losses from the last few weeks. We also mentioned that soon this metal could reach another record price and this is what happened. The reference rate from the previous week was less than USD 1 558 / ounce on July 4, 2019. The beginning of the week started very promising. On Monday, the exchange rate was USD 1 564 / ounce. Despite the temporary drop that took place on Tuesday, the exchange rate hit the value of 1 587 USD / ounce on Wednesday, which is a new record result, and the next day the value of palladium increased further to 1 599.95 USD / oz! This is undoubtedly a turning point in the quotations of this element. We are happy that our speculations have been confirmed and even exceeded our expectations. We are waiting with tension for further records. 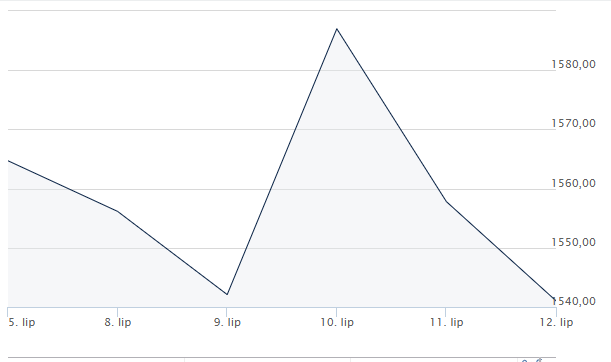 Palladium quotation chart, source: bankier.pl Also when it comes to rods, we can not complain. After the period of the June downturn, and then the momentary stagnation, this metal began to climb up, to our delight. A sharp increase began on July 8. The metal gained in the course of two days the value of 3 330 USD / ounce. Then it got a little cheesy and eventually, the week ended with a rate of 3,300 USD / ounce. This is the highest value for many years, and more specifically from August 2008. Do you still remember the values ​​that he achieved at that time? In gold prices, we can also see strong fluctuations. The described period started from the price of USD 1 401 / ounce. Then, until July 11, the price went up to $ 1,427.95 / ounce, then dropped to $ 1,405 / ounce and rose again, closing the week with $ 1,417 / ounce. Silver this time with a more stable situation and less changes in the course. On July 5-10, there was an increase to USD 15.27 / ounce. The average value of silver this week was 15.15 USD / ounce. We also invite you to follow the current precious metal rates, in the “Exchange rates” tab, and to the resulting price list of used catalysts