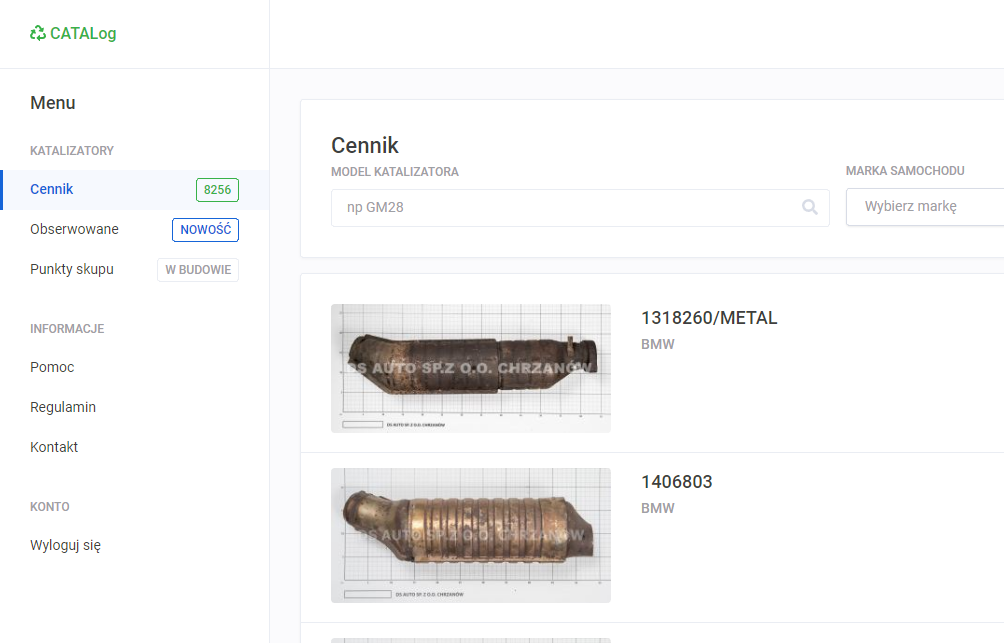 Once again, we would like to invite you to the latest analysis of precious metal rates, which due to its value (not only economic), and the fact of occurrence in car catalysts, are extremely interesting to us. We will move briefly as in the last week the prices of platinum, palladium, rhodium, as well as gold and silver have changed, which are interesting not only for us. In the case of platinum, the quotation chart looks pretty good. We could observe the growth until Thursday, July 25th. At that time, the ounce reached the highest price since May, amounting to 899.40 USD. After reaching its maximum it started to fall, however, this drop did not affect the total balance and finally, comparing the price at the beginning and end of the week, we can talk about positive change – increase about 19 USD / ounce. The average price of platinum last week is less than USD 864 / ounce, so by as much as $ 24 more average from the last month. Sounds nice. The palladium values ​​were much more dynamic in the last days than in the case of the element described above. The prices, unfortunately, significantly deviated from the maximum that we could enjoy recently. The week began with growth and after the weekend, the ounce cost less than $ 1,526. Then there was a slight drop on Tuesday, which, however, was “worked off” the next day with interest, because on Wednesday the rate was USD 1,540 / ounce. By the end of the week, the final price was $ 1,530 / oz, so we can still enjoy a change of $ 30 / oz during the week. Not bad.

Rod started quite steadily – from 19 to 22 July, the price of an ounce was stable at $ 3,270. The next day the rate slightly weakened, but it did not last long, because the next day it started to gain again and at the end of the week, on July 26, it reached the value of USD 3,300 / ounce. The situation of gold has undergone significant changes over the past few days. In spite of quite high dynamics, high initial exchange rate and considerable price increase in the middle of the week, it can not be concealed that this was not a gracious week for this royal ore. Finally, when comparing the initial price and the final price, it must be clearly stated that the metal recorded a loss. The average exchange rate was USD 1 421 / ounce. The maximum exchange rate was less than USD 1 453 / oz at the beginning of the week. On the last day of the summary, on July 26, an ounce of gold only cost $ 1,418. 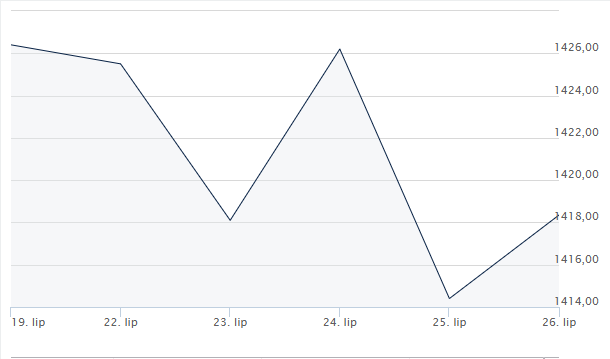 Silver the highest rate – 16.63 USD / ounce, reached in the middle of the week. The first half of the week was characterized by high growth (from USD 16.23 / ounce) until reaching the maximum. Then, by the end of the week, we were dealing with a price drop and the week ended with a rate of 16.41 USD / ounce. We invite you to follow the changes in the courses in our tab “Stock exchange rates”. You can check the current price of catalysts in the price list, or after using the maximum number of valuations on a given day, you can also register for a new valuation panel, where you will receive 10 additional prizes, which will be renewed every week!