ICP MS technique in the study of noble elements in catalysts

Reliability and correctness of settlements between the recipient and the seller of used car catalysts depends on a reliable and correct result of the determination of the content of particular elements in the material supplied. The basic and the fastest technique for this purpose is X-ray fluorescence spectroscopy (or XRF), routinely performed in our laboratory. In order to ensure the highest quality of our services to confirm the obtained results, we also use the inductively induced plasma mass spectrometry technique, abbreviated as ICP-MS. The ICP-MS technique for commercial use was introduced less than 40 years ago. It is characterized by high sensitivity, selectivity, low limit of determination and speed of determinations. It also allows the simultaneous determination of many elements – both on the level of macronutrients and trace contents. However, it is a relatively expensive technique, requires specialized personnel and appropriate methods of sample preparation as well as time necessary for such sample preparation. 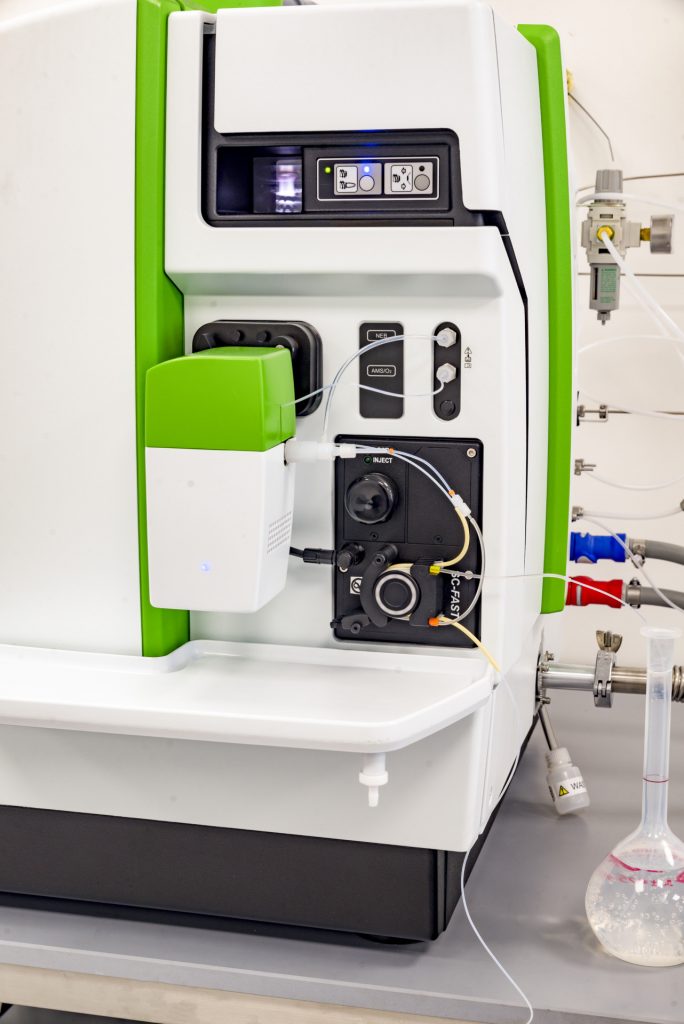 Preparation of the sample (reconstitution of the whole mass of the sample taken for testing) to be carried out in a solution that can be analyzed by ICP-MS is a separate issue. The sample is first weighed using an accurate analytical balance and then flooded with a mixture of acids. In this mixture the process of slow dissolution of the sample takes place. If we wanted to wait in conditions of the environment for the complete dissolution of the samples, this process could take up to half a year. Therefore – for acceleration – we support the operation of microwaves, in a special device – a microwave mineralizer. Microwave mineralizer works very similar to the microwave oven used in homes. In the tightly closed vessels, the microwaves accelerate the process of dissolving the sample, which is additionally supported by increasing pressure and temperature. As a result, the sample dissolution process is accelerated, and after dilution, the sample (and in fact the sample solution) is ready for analysis using the ICP-MS technique.

In order not to get too much into the design details – it consists of the following elements, schematically shown in Figure 2, of which the most important are: sample atomizer –

Figure 2. Scheme of the ICP-MS system 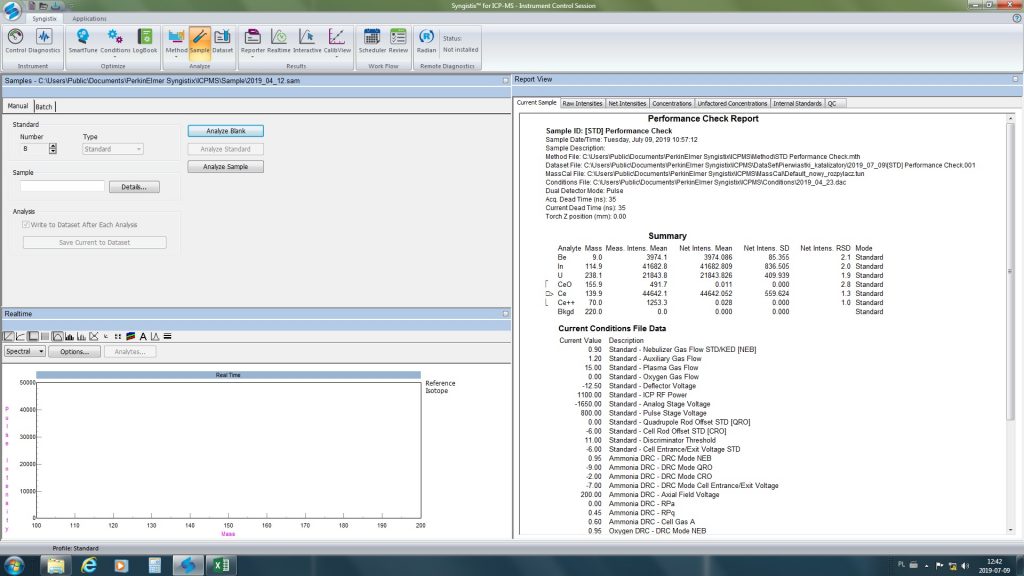 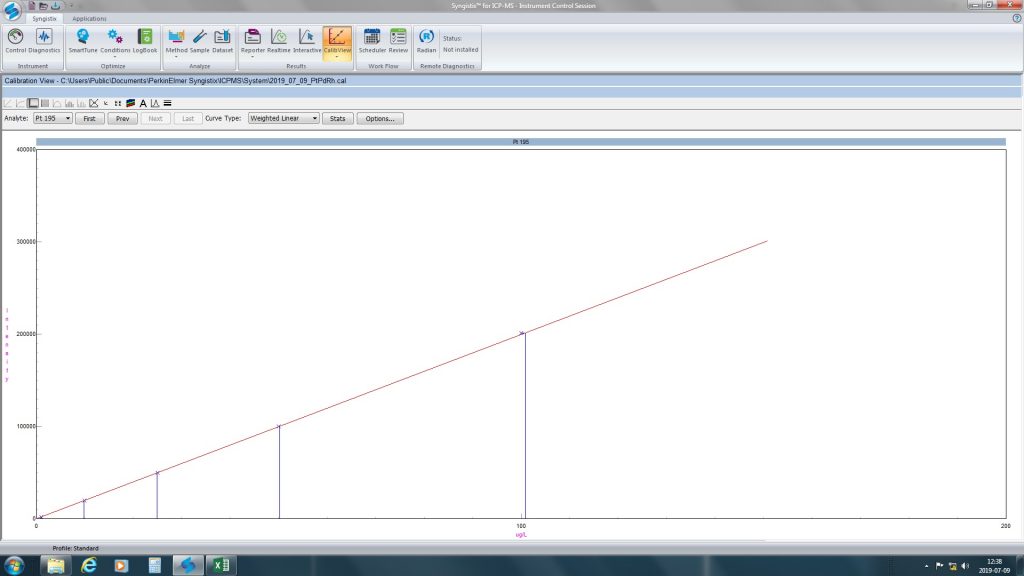 Figure 4. An example of a calibration curve in the ICP-MS system 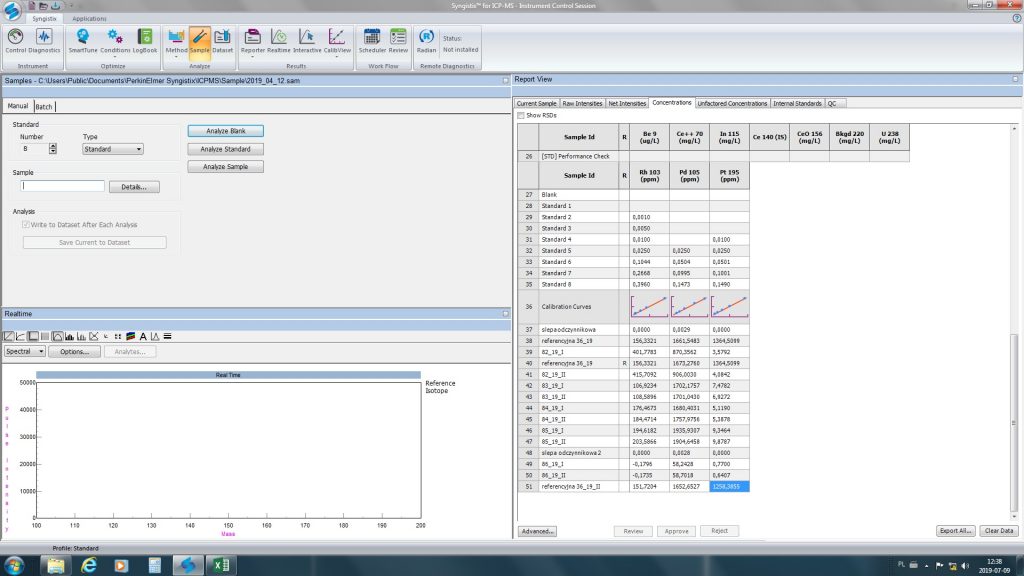 Of course, to perform a quantitative analysis, it is also necessary to properly prepare the apparatus, i.e. to find the relationship between the concentration / content of the element in the standard solution and the response of the detector. We therefore perform the calibration of the device. Based on the calibration results of the system and knowledge of the mass of the sample, which was taken to prepare the test solution – we are able to precisely determine how many individual elements are in the monolith. Our specialized analytical staff serves both a microwave mineraliser and an inductive excited mass spectrometer on a daily basis, performing tests and necessary maintenance activities to guarantee the correct operation of the equipment. We hope that today we briefly summarized the core of the analysis using the ICP-MS technique. We invite you to cooperation! Contact regarding the analysis using the ICP-MS technique – Tel. +48 730 016 017 or email michor@unimetalrecycling.pl